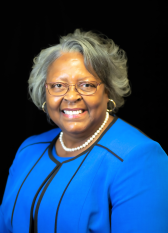 District 33 leaders are “Leaders of Influence,” inspiring our Toastmaster members to achieve their personal growth. Thus, the goals and objectives of the district will be accomplished.

Leaders of influence are striving for excellence, introducing and demonstrating Toastmasters to our communities by building new clubs. New members of these and established clubs, will gain, through the Pathways Program, the abilities and skills, themselves, to become successful speakers and leaders of influence. The District will support all clubs in achieving the President’s Distinguished honor. As we strengthen leaders and members, the impact will manifest in every area of our lives.

Our goal is for District 33 is to be one of the highest achieving districts of Toastmasters International by earning the Smedley Distinguished Award on or before April 25, 2020, the last day for our Annual Conference. 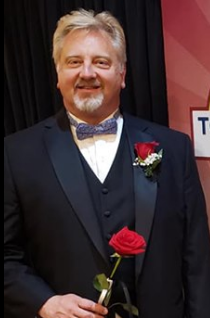 As the Program Quality Director for our new District 33,  I will be: • Promoting the Distinguished Club Program as well as the Distinguished Area and Division Programs • Promoting and supporting club quality and member retention • Overseeing the Education, Training and Toastmasters Leadership Institute • Aid all Area Directors with their club visits reports, supporting them with feedback and guidance. • Continue guidance for our District’s Branding compliance.  • Ensure, support, and enforce that District 33 runs in accordance with the Toastmasters District Handbook. I will support Toastmasters International, our Regional Advisors, Our District Director, Flora Turner, all the district officers. I further commit to serve the clubs in our District and make sure we all have fun doing it. 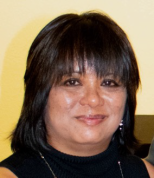 Since joining Toastmasters in 2015, I have  served in various club officer positions, as Area A-3 Director and is the Immediate Past Division A Director.  I am  a proud member of three clubs in Division A — Pro Talk Toastmasters, Eye-Opener Toastmasters, and Special Edition, an advanced club. My current education  awards are  Advanced Communicator Silver, Advanced Leader Bronze and two Level 1s in Pathways (Strategic Relationships and Effective Coaching).  I  expect to earn  my  DTM in August 2019.

As Club Growth Director (CGD), my main focus will be to manage and support the District in building new clubs.  A secondary focus will be to support newly formed clubs and struggling clubs in achieving excellence through the Club Mentor and Club Coach programs.  Both these areas will involve working collaboratively and strategically with the Division and Area Directors.  Together with the entire District Team, as “Leaders of Influence,” we will achieve the District’s mission to “build new clubs and support all clubs in achieving excellence.” 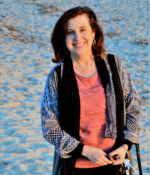 In early 2013, shortly after moving to Lancaster, California,  I joined Y Talkers Toastmasters as a way to meet nice people in the Antelope Valley. After a variety of Y Talkers’ club officer positions and managing our online FreeToastHost presence, I’ve broadened into Area and District activities, including a successful Coaching experience with KW Toastmasters. It’s been my pleasure to meet so many dynamic and helpful leaders while polishing my own Toastmasters skills.

Evolving new members into better speakers and effective leaders is surely the best way to demonstrate influence in Toastmasters. 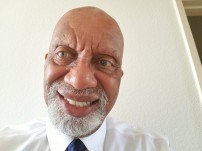 When I started with Toastmasters, the real reason for coming to a meeting was to get rid of my Ahs and Umms. Then later during my speech-making training, there was one opening on my job that called for leadership skills: You see I had become a club officer, then a district officer in the area. The job requirements described all the tasks I did in those positions. I got the job as a District Instructor for HRBlock. To say you cannot leverage Toastmasters in your workplace, school, social life is the biggest untruth spoken.

As your District Finance Manager, my contribution is to support the team with integrity and other leadership values by performing management and oversight skills in my care of the district’s finances.

As a “Leader of Influence,“ the last three years were an exhilarating, enlightening and educational experience for me as I filled the positions of Club Growth, Program Quality and District Director for District 33. In District 33, new clubs were built, new members were added and excellence was achieved. But in addition to this, for me personally, new friendships were formed and old friendships were strengthened. It has truly been a leadership growing and life altering journey. That said… my job in District 33 leadership is not complete. As District 33’s Immediate Past District Director, I still have work to do and tasks to complete. I fully intend to labor alongside our District Director, Flora Turner and the rest of the dynamic team of District 33’s “Leaders of Influence,” to accomplish our District mission. Working together, let’s all decide, in our minds and hearts, to be “Leaders of Influence.”